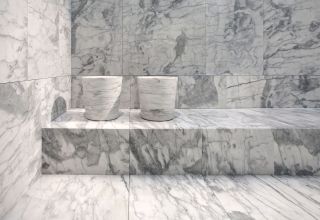 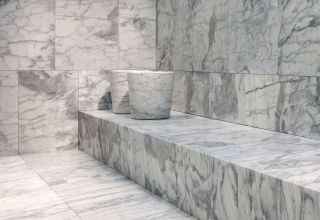 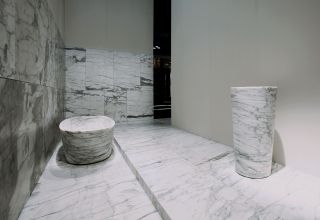 Cavity – or better, mass at its negative – is a recurring theme in the architectures by Manuel Aires Mateus and he developed it on the scale of project design in a simple and conceptually accessible collection, including archetypical shapes of water holders as buckets, tubs, and bowls. They concentrate on the contrast between essentiality of mass and complexity of void, which, from this series of technical elements, is extended to the entire bathroom, reaching a concept of total design for the body care environment. The overall value of this project, presented at 2012 edition of I Saloni in Milan, is the individuation of the spatial nucleation and the identification of a precise domain defined by wall surfaces in which the objects are collocated in interaction with the void and the walls delimitating it.