Born in 1975 in Nice, Philippe Nigro studied Applied Arts and Product Design in Lion and at La Martinière École Boulle in Paris.

At the moment he works mainly between France and Italy. From 1999 to 2012 he collaborated with Michele De Lucchi, developing product design projects, furniture and interior elements for Olivetti, Siemens, Poltrona Frau, Artemide, Danese, Unifor, Hera, Poste Italiane, and Banca Intesa. Since 2005 some of his experimental projects have been supported by French VIA (Valorisation of Innovation in Furniture); the products created within this context, as Confluences sofa and Twin-Chairs for Ligne Roset, were included in the Musée des Arts Décoratifs and Centre Pompidou collections.
He designed works for Nube, De Castelli, Felicerossi, Montina, and Serralunga.
For Pibamarmi he developed Saturnia, a stone collection for the bathroom furnishing; for Skitsch Triangolazioni tables, Squilibri shelves, and cardboard seats and tables for kids.
Between 2012 and 2013 he signed Nuage lamp for Foscarini, Pilotis sofa for De Padova, Clochette and Céleste lamps for Baccarat and “Les Nécessaires d’Hermès” collection for Hermès. 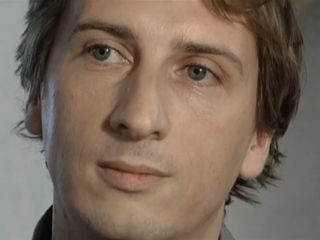