Manuel Aires Mateus was born in Lisbon in 1963 and he graduated at the Facultad de Arquitectura at Universidade Tecnica in 1986. He started collaborating with architect Gonçalo Byrne in 1983, fundamental experience for his professional education. 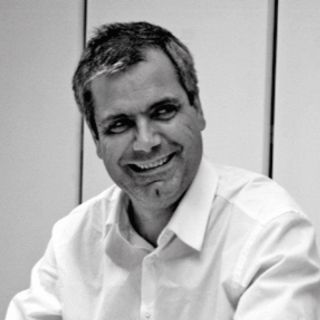 In 1988 he founded the Aires Mateus & Associados studio, together with his brother Francisco. Private and public works, numerous awards and international competitions, and the publication of their works in worldwide press releases shape the Aires Mateus brothers as breakthrough figures of the new European architecture, they being characterized by a rigorous research and an extraordinary care in the quality of their works.
The formation in the cultural Portuguese environment, dominated by internationally relevant personalities as Tavora, Siza, Souto de Moura and Byrne, haven’t limited or prevented the elaboration of a personal “style” characterized, since its beginnings, by an evident and recognizable mark.
Aires Mateus’ architecture, which only superficially can be related to the international “minimalism”, is based on the research on space and materials that, although recognizing the mass as the principal element, aims to eliminate gravity in order to stress the importance of lightness through a substantial de-materialization.
This can be obtained playing with the contrast of full or void spaces, as well as choosing and manufacturing accurately the materials, even the more gravity-connotated ones as stones or marbles. In their constructions, the Mateus brothers seem to re-think the images of the quarries, where the prints left by the excavation generate new shapes.
Among their most significant works realized by Aires Mateus & Associados studio we can find numerous private residences, among which Casa ad Alenquer (2001), Casa en el litoral de Alentejo (2003) and Casa Brejos de Azeitão (2003), and public works as Rectorado de la Universidade Nova (2001), Museo de Arquitectura (2006) and Edifícios de Escritórios in Lisbon (2008), Centro Cultural de Sines (2000),  Museo del Faro in Cascais (2003), Almedina bookshops (2000-2002).
Their projects  have being published by numerous architecture publications, as 2G, Arquitectura Viva, Architectural Review, Architektur Aktuel, Casabella, Detail, Space, Techniques et Architecture.
Since 1997 Manuel Aires Mateus has been ordinary professor at Lisbon Lusiada University and since 1998 at the Independent University of Lisbon; from 2002 to 2005 he was Visiting Professor at the Graduate School of Design at Harvard University. Since 2001 he has been teaching at Mendrisio Architecture Academy. 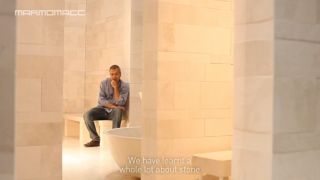